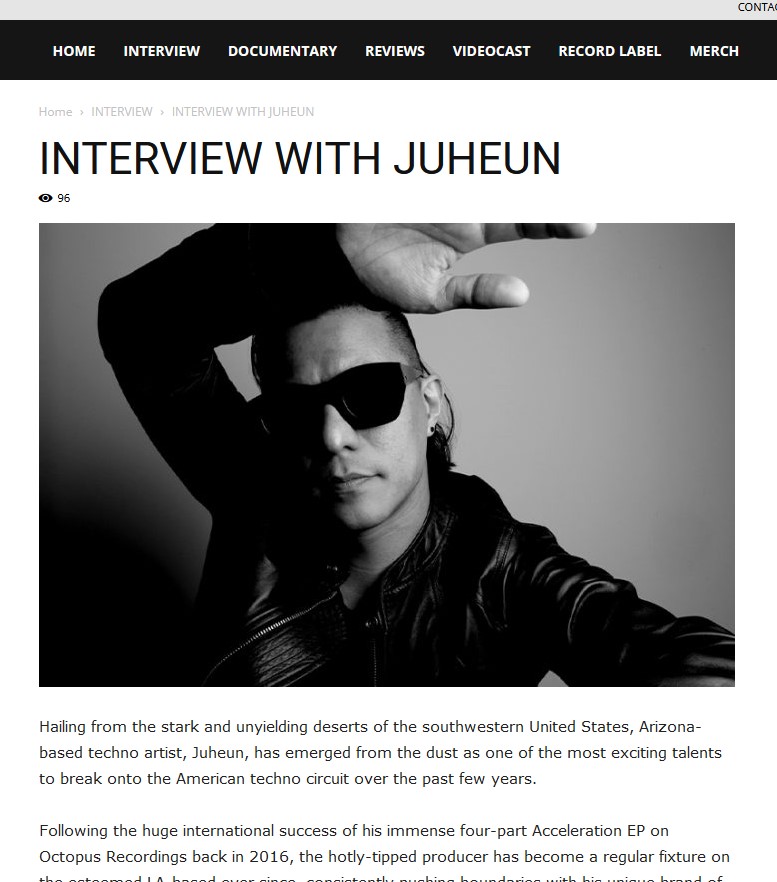 Following the huge international success of his immense four-part Acceleration EP on Octopus Recordings back in 2016, the hotly-tipped producer has become a regular fixture on the esteemed LA-based ever since, consistently pushing boundaries with his unique brand of mind-bending techno and unrelenting, avant-garde soundscapes.

A permanent resident for Octopus’ hugely successful on-going Twitch livestreaming programme, and with numerous critically-acclaimed releases clocked on the label since signing five years ago, Juheun recently unveiled one of the biggest releases of his career to date — an official remix for Dusty Kid’s iconic 2007 hit-record, Constant Rising. We caught up with Juheun from his home in Phoenix to talk about the new remix, his favourite pieces of studio kit, the nightlife scene in Arizona and more.