Change is one of the few guarantees we have in life. In the stark and expansive desert regions of the southern United States, geographical changes have reshaped the region over millions of years while cultural and societal changes occur more rapidly. In the electronic music scene of Phoenix, Arizona, there has been drastic change over the past two decades. What started in the warehouses moved to the clubs and from the clubs to the festival stages. Juheun has continually navigated this ever-evolving scene, and seemingly always with his finger on the pulse. As people’s taste in music develops, some artists come and go with the passing of time, unable to find a way to stay current in the ever rapidly changing global music scene. More than simply keeping himself relevant, Juheun developed a formula to thrive. Whether it was sound, style or medium, Juhuen was constantly reinventing himself and remained a constant on the music landscape without having to compromise. 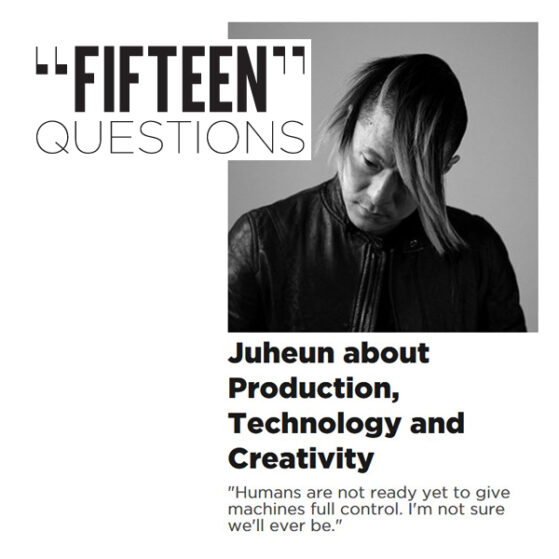 When I started to get serious with production I spent lots of time trying to learn techniques from YouTube videos, online articles, books, magazines, and pretty much anyone who was open to sharing knowledge. My studio setup evolved so many times during this period as many suggestions and opinions influenced the layout and gear I would get.

Early on there wasn’t much info regarding dance music specifically and most material I came across was information based around traditional recording studios and lots of techniques that were more catered to live recording like bands and such. Most of the gear available at the time was also heavily influenced in these genres so I found myself following trends like the Universal Audio interfaces and native plugins along with the waves plugins at the time. I was also working mostly in Logic Pro back then which I also felt had a very heavy influence outside of dance music even though most producers I knew were using it.